In Luwero recently, the people voted an opposition candidate, in-spite of the president camping in the district and expending tax shillings to propel his favoured candidate to win the vote. This was a by-election, the people had voted the same opposition candidate in the first place, but the sitting government, perhaps out of embarrassment for being defeated in its own supposed backyard (Luwero triangle served as home to the NRM rebellion 1980-86 that brought this government to power) felt that they could unleash government machinery and payroll legal services to marshal out the opposition candidate and overturn the will of the people of Luwero, and they did, hence the by-election which returned the same results.

Luwero, which is by all measures one of the poorest districts in the country, both the peasants and the large number of veterans live hand-to-mouth, is not the only polity to reject and defeat presidential-ism. We can also turn to Makerere University, o

ne of the leading universities in Africa. Makerere can be considered as the main source of Uganda’s fledging intellectualism. This institution has religiously rejected and defeated government efforts to pocket the freedom of the people, especially the student body. When it comes to voting its student leadership, the students of Makerere consistently vote opposition candidates. Rather than providing sound leadership to the aspirations of the people – they have chosen to live in presidentialism – keeping a corrupt leader in one position so as to keep profiteering from the unfettered corruption and a dead ideology.

The Banyankore people have a saying “Ensi kwegyenda, ebishaka bitsigarahi?” Loosely translated, it means “When earth moves, where do the trees stay?” It is clear that the people – peasants and the intellectuals alike have moved in their political psyche.

Instead, they get the plague of presidential-ism – the condition where a corrupt president attempts to override the will of the masses, by converting state institutions into personal tools – electoral system, legal system, parliament; expropriating the entire tax base and economic system to serve as a personal account.

This circumstance removes the conditions for social peace, and fuels ethnic tension. The findings of (Wimmer, 2009) support this analysis. I do not know anything that could lead to war faster than blocking ethnic elites from accessing power.

The African continent has suffered from this plague of presidential-ism for the entire post-independence era. Seemingly progressive leaders, riding on the back of popular sentiment from a volatile era, on assumption of power, they slowly accumulate state resources through corruption, use them to subvert the institutions of the state, and turn against the people.

As unrelated as these two territories seem – Luwero, the home of peasants and veterans; Makerere, the home of intellectuals – they know the same thing – the NRM is no-longer worthy of governing Ugandans. Those with foresight should assume their power, form new parallels guided by sound political thought.

Liberty & Freedom for the masses

Calls for change are entering a revolutionary phase

The young generation should let the NRM go

A rare phenomenon exists in the groups opposed to the dictatorial regime in our country today, that makes them seem unfit for the great cause of liberation. Basic revolutionary code demands that a force must protect itself – its fighters, and those who support its cause, from the attacks of their common enemy.

But not Ugandan opposition groups. They view this – protecting the revolution, as the concern of each independent opposition group or person. This is also how they approach the task of liberating the country – going it solo!

They meet, “agree”, even “sign”… and yet before the sun goes down they lie, cheat and betray themselves.  Every day they say “all we want is to – overthrow this dictatorship, create authentic democracy and protect you.

Unless we believe that logic works the same way the chameleon works,  personally I don’t think protection, or democracy could come from one who does not stand on a principle for a full day!

It is because of believing such fallacies (misconception resulting from incorrect reasoning), that those who fought the 1980-86 struggle,  ended up creating bufere democracy and a mafia state

We all know that the opposition parties/group/camps do not agree (consent), on pretty much anything, it doesn’t matter if they claim to agree, because the actions give it away, but the protection of revolutionary fighters like Nyanzi, and the supporters of the revolution – this is so pertinent that a mutual defense pact needs to be in place, for a common response against the strikes of the mafia regime, against them.

Protecting your own is a cardinal principle in revolutionary politics. Not only locally, but also regionally. The popular rebellion in Sudan North should by now have benefited from loud voices of support from Ugandan opposition.

The strategy of political opposition in Uganda should be broad in its coverage of political matters, and all inclusive in terms of its appeal.

Exposing the evils of the junta regime locally, regionally & internally

The opposition groups should seize every incident of the mafia and junta regime, each time they unleash terror against the citizens, killing of innocents, jailing innocents, and using the judiciary system as tools of political oppression. The opposition should seize each and every incident of these to decisively record, report and expose it across all corners of the country, the region and the international forums. This is a core function of peaceful opposition, and it should not be done without coordination of the groups, but all opposition players should have a common approach to exposing the regime. The junta regime loosing credibility locally, regionally & globally for its jailing opponents, activists, shutting businesses of those perceived to be not supporting the military junta in private sector, stiffing free speech by shutting newspapers and radios, and creating  sub-human conditions for citizens in hospitals, schools, jails – these serve as material to build the right momentum for popular liberation of the country.

Pinning down the Individuals who carry out injustice

The individuals within the junta regime who are the executioners and purveyors of injustice who carry out the matching orders from the political junta, against citizens, should be meticulously recorded in the black books of Uganda’s history.  Their names should be mentioned out out of the noise and cries they met on innocents, to be on the record as tools of political persecution, so that they may not escape justice when the junta can no-longer protect them. The opposition needs to be meticulous, thorough and scientific when pinning injustice to the real individuals who carry them out, and all their assistants – you cannot bring justice to a land without pinning the ones who committed the injustice. So all those members in the army, police, intelligence, judiciary and other areas of the junta state who are doing the work of political mercenaries should be well documented and exposed to the public, for the day of reckoning

Again this something that all political opposition would find common ground on, since they’re affected by it, so a common approach and efforts to doing it is the right answer to protecting themselves against the excesses  of the junta regime

It is not logical to say say: we’re going to win the coming election, if you cannot win personal freedom first. Obviously you’re not allowed to mobilise for the said election. If as opposition politician, your personal freedom is debatable, then by all means your mission is not winning elections, it is winning freedom!

Do not claim on the podium, to be the poster child of certain values, while in fact, there is no evidence of you having put such values in action

Sudan: how doctors, journalists and lawyers organised a mass revolution 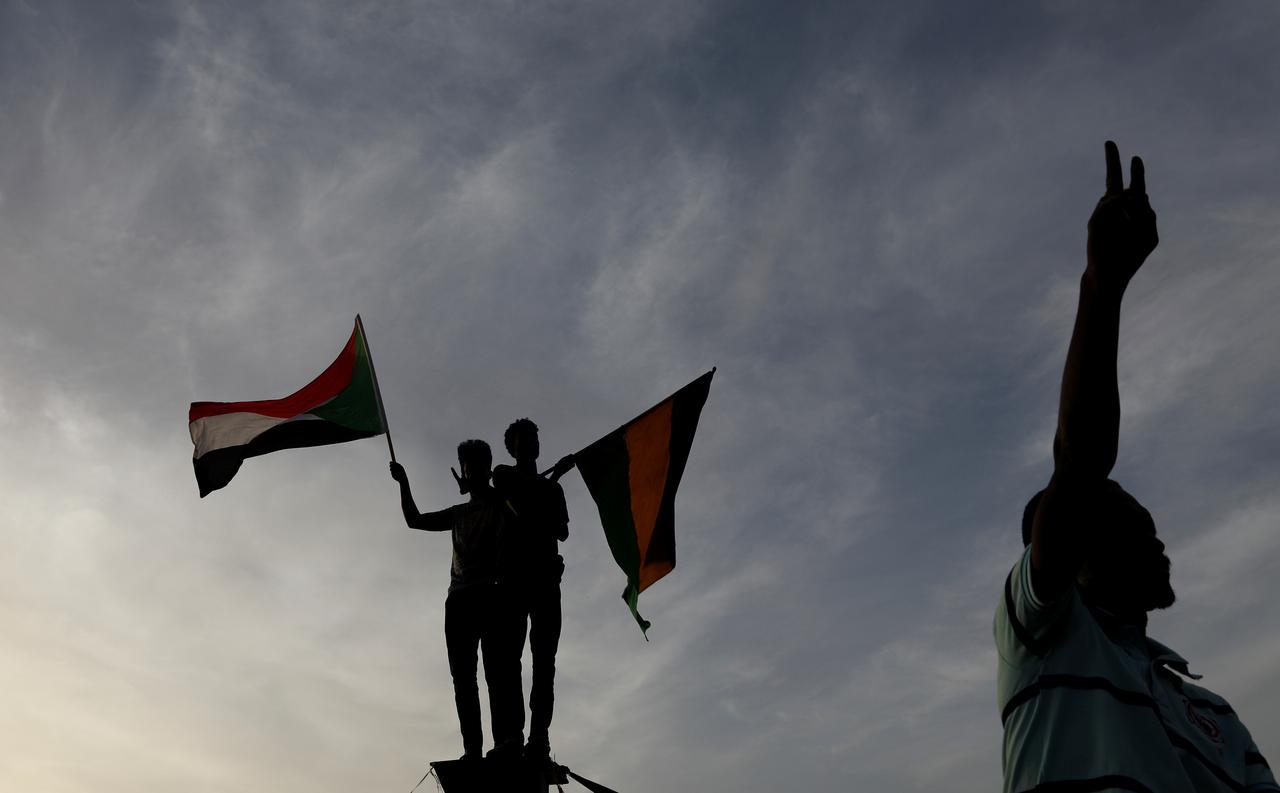